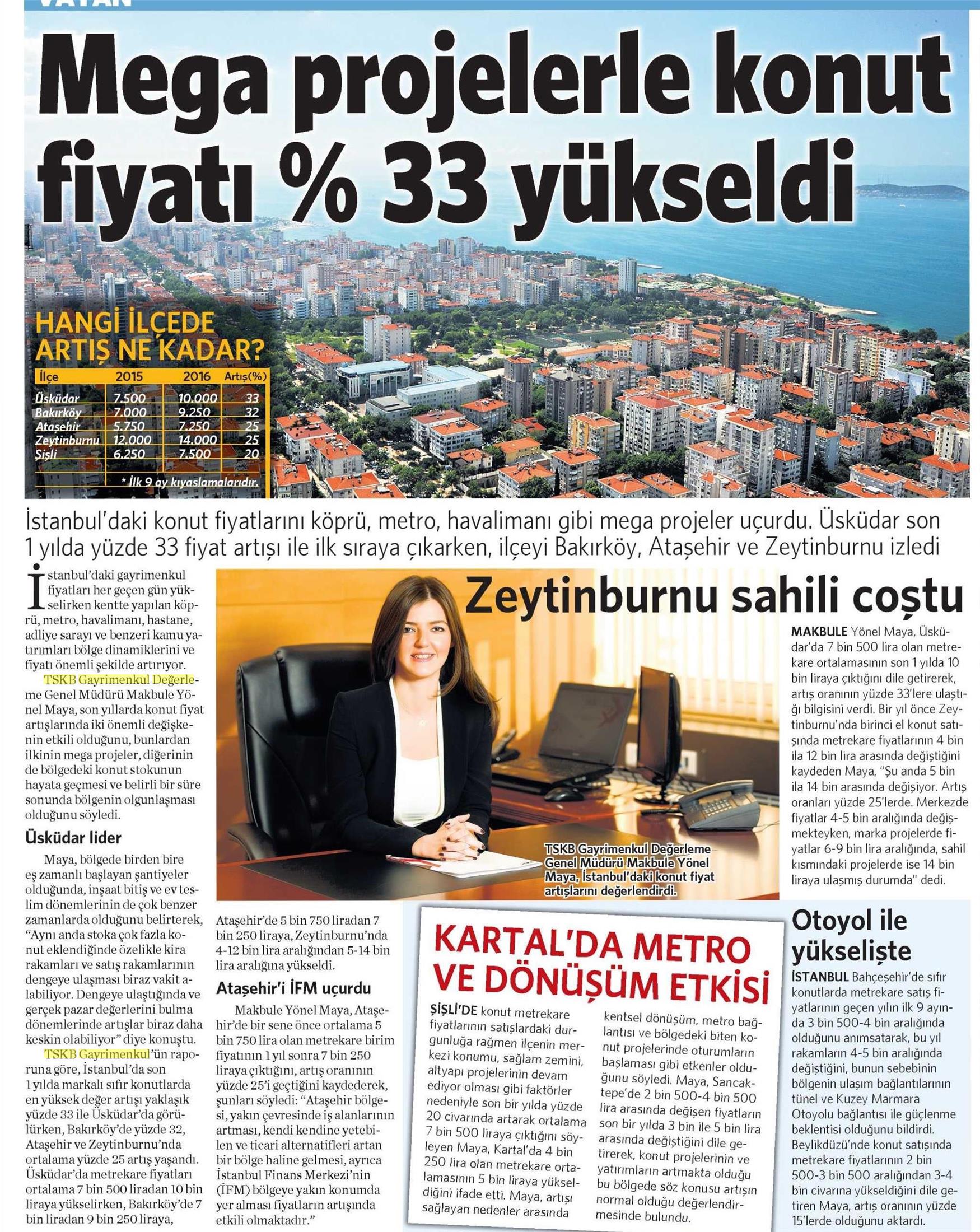 According to the report of TSKB Real Estate Appraisal, while the highest increase in value in the brand new residential units in İstanbul over the last 1 year is observed in Üsküdar, an increase by 32 percent has been experienced in Bakırköy, and 25 percent on the average in Ataşehir and Zeytinburnu. While the square meter prices in Üsküdar have increased to 10 thousand liras from 7 thousand 500 liras on the average, they have increased to 9 thousand 250 liras from 7 thousand liras in Bakırköy. Zeytinburnu coast has boomed. The prices in Ataşehir increased to 7 thousand 250 liras from 5 thousand 750 liras, and in Zeytinburnu to the range of 5-14 thousand liras from 4-12 thousand liras. The IFC has caused Ataşehir to take wing. Makbule Yönel Maya has told that the square meter unit prices in Ataşehir that were 5 thousand 750 liras on the average one year ago have increased to 7 thousand 250 liras within 1 year, and the increase rate exceeded 25%; she has continued as, "The increase in the business areas in the immediate surroundings of the Ataşehir region, its evolution into a region that is self-sufficient and has increased commercial alternatives, and furthermore the close location of the Istanbul Finance Center (IFC), are all influential in the increases of the prices.